Two absolute masterpieces by Giambattista Tiepolo stand out on the left wall of the stairs leading up to the Treasury . They come from this master’s extraordinarily creative period in the early 1730s, and show two episodes from the story of Abraham, as narrated in Genesis.

In the first, Abraham and the angels, some angels who have appeared to the old patriarch pretending to be travellers first accept his hospitality and then reveal their true nature, announcing that his wife Sara will soon give birth to their son, despite her advanced age.

The second picture, Agar and Ishmael, shows the moment when the angel sent by God saves Ishmael, the son of Abraham and Agar, from certain death. In both paintings, the human protagonists are shown in the foreground, their eyes turned towards the splendid figures of the angels, who completely occupy the rest of the composition. 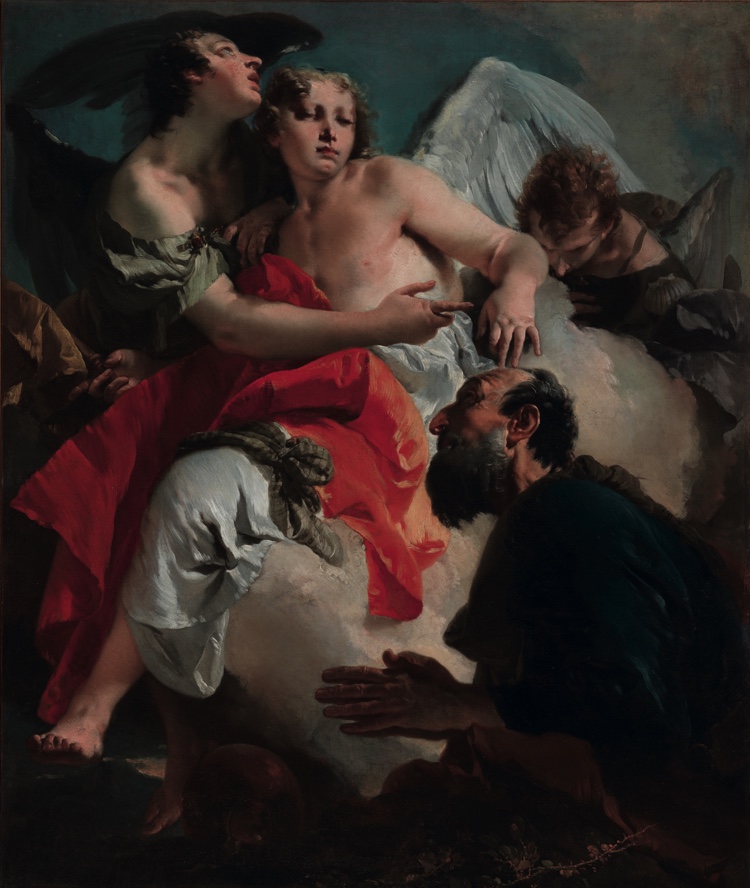 Agar and Ishmael, oil on canvas (120×140 cm), 1733
Manage Cookie Consent
To provide the best experiences, we use technologies like cookies to store and/or access device information. Consenting to these technologies will allow us to process data such as browsing behavior or unique IDs on this site. Not consenting or withdrawing consent, may adversely affect certain features and functions.
Manage options Manage services Manage vendors Read more about these purposes
View preferences
{title} {title} {title}