The pictorial cycle of the Sala dell’Albergo was completed in 1567, and several years passed before Tintoretto began his work in this large hall which was used by the brothers for plenary meetings, hence called Sala Capitolare (in English, “Chapter Room”). It had remained without any permanent decoration for many years, and it was not until 1574 that the Scuola voted to proceed with the painting of the ceiling.

On 2nd July 1575, Tintoretto offered to paint the large central panel (Lifting up of the Bronze Serpent, oil on canvas (520×840 cm), 1575/76), promising to complete it within a year for the festival of St. Roch. In January 1577, the painter also agreed to carry out the other main paintings, asking in exchange to be paid only for the materials. His fee would be decided by the Banca and Zonta, the boards of administration of the Scuola. Again, after some months he declared he was willing to paint all the other panels of the ceiling with the same conditions of payment, and finally on 27th November 1577, when the work was almost completed, he offered to complete not only the decoration of the room with 10 paintings on the walls and the altar piece, but also all the other paintings needed for the Scuola and church. Moreover, he undertook to complete and install three paintings each year for the festival of the patron saint, paying for the paints himself but asking for an annuity of 100 ducats in exchange.

The General Chapter accepted his offer. Hence an agreement was signed that benefited both parties. The Scuola obtained the services of a great painter at an advantageous price; and Tintoretto not only obtained a regular income for the whole of his life but also, and above all, a place where he could express his art without any fear of competition, a place which would moreover allow him to express to the full his own religious feelings.

Decorative Scheme
The imposing decorative cycle of the room consists of 33 paintings. The ones on the ceiling show stories from the Old Testament, those on the walls illustrate episodes from the life of Christ. The cycle is completed on the opposite wall to the altar with two paintings showing the gigantic figures of St. Roch and St. Sebastian, and with six chiaroscuro Sybils over the tympana of the windows.

The great painting operation was completed in Summer 1581. Only the altarpiece with the Apparition of St. Roch, remained to be painted, which was finished with the help of his son Domenico in 1588.

A complex iconographical programme links the ceiling paintings not only to one another but also to those of the walls, blending the two cycles into a grandiose unified whole.

The three main ceiling paintings narrate three key moments in the journey of the Israelites to the Promised Land. Surrounding these are 10 oval panels, which recount 10 episodes from the Old Testament. These are linked not only to the themes of the central panels, but also to the 10 evangelical passages illustrated on the long walls of the room.

To integrate and further comment on the subjects represented on the ceiling, Tintoretto also painted 8 rhomboid chiaroscuro panels. These were substituted in 1777-1778 with oil copies by Giuseppe Angeli which maintain the original iconography but betray the painter’s delicate academism.

On the walls, the ten main canvases illustrating episodes from the New Testament complement the large dimensions of the double windows between which they are hung.

The cycle is then completed on the wall opposite the chancel in the two different-shaped canvases with the gigantic figures of St. Roch and St. Sebastian, the saints who were invoked against the plague and who play here a similar role to that of the Prophets in the Sala dell’Albergo.

In the Sala Capitolare, as before in the Sala dell’Albergo, Tintoretto had to deal with a pre-existing architectural structure, but he skilfully managed to transform factors such as the difficult natural lighting conditions and the irregular position of the doors into positive stylistic elements. 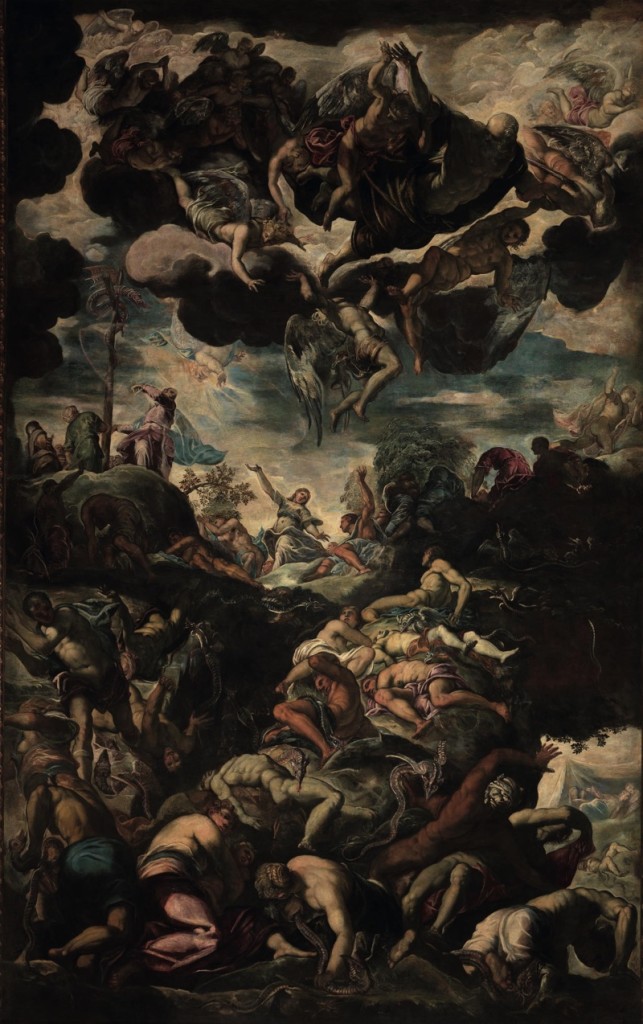 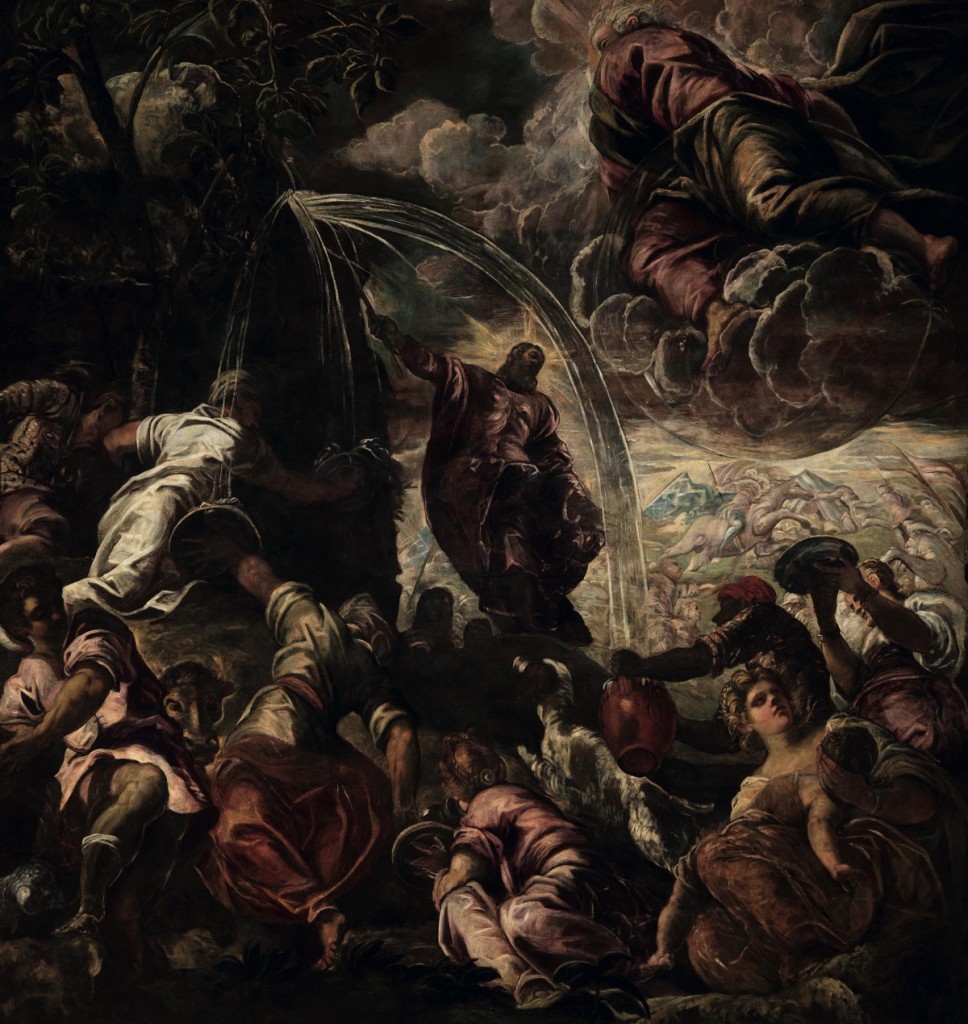 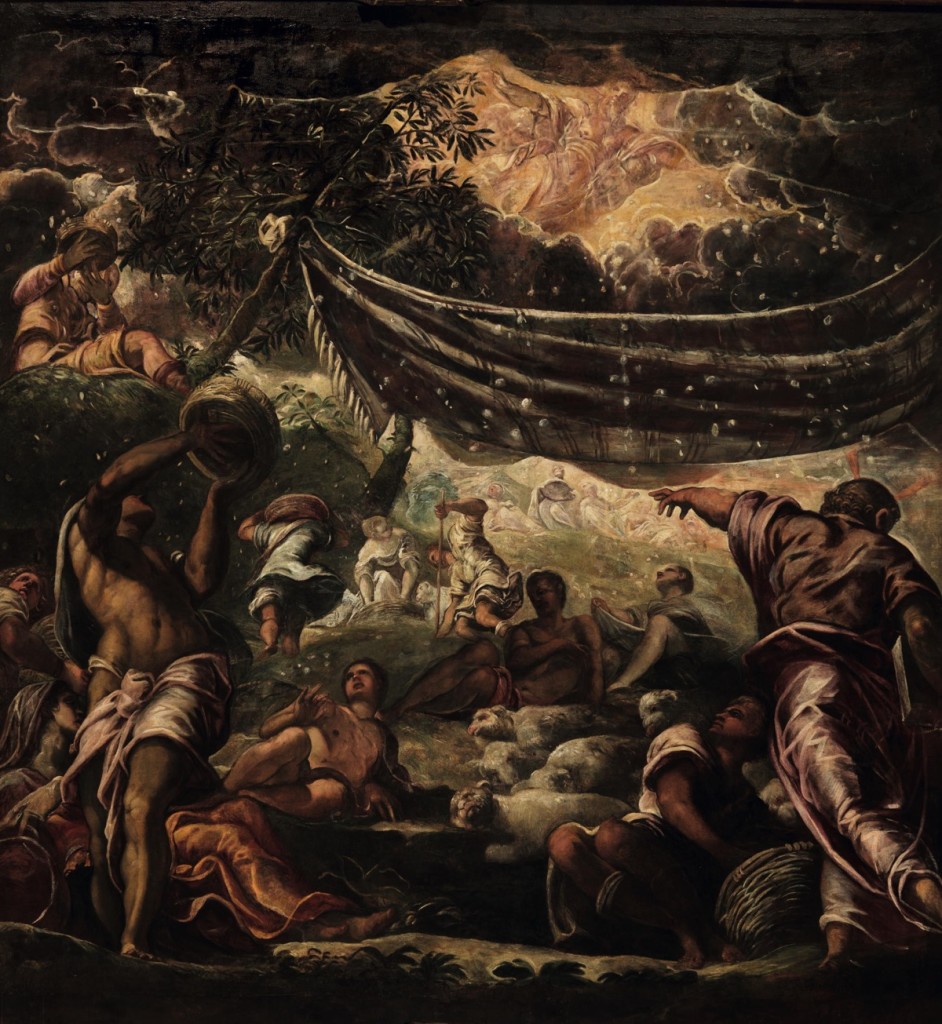 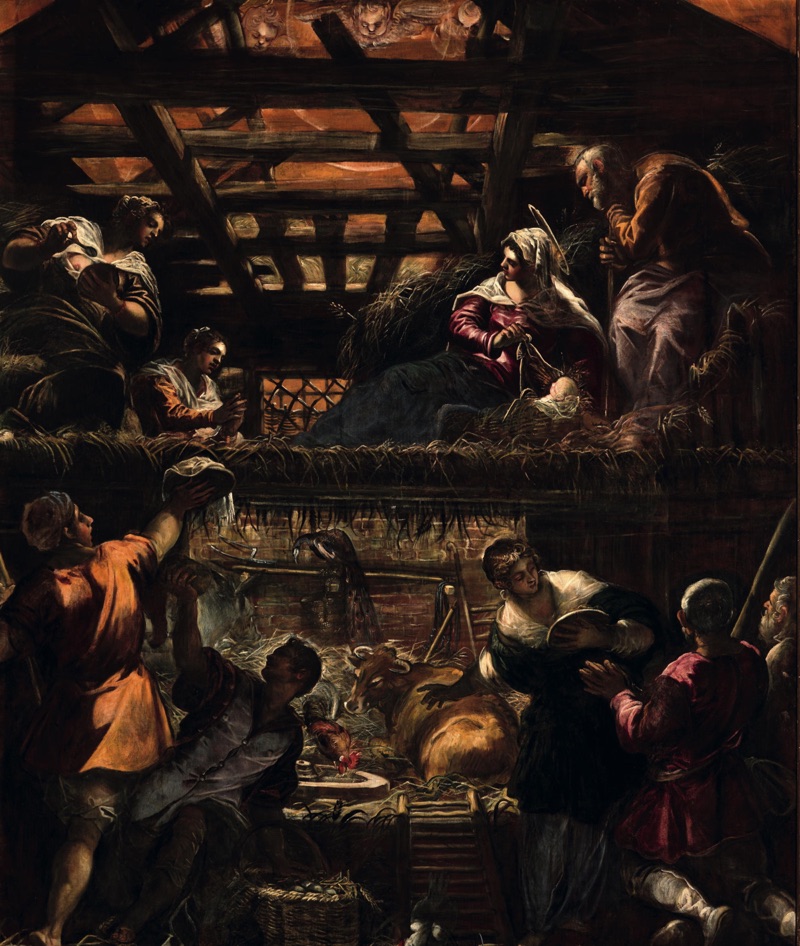 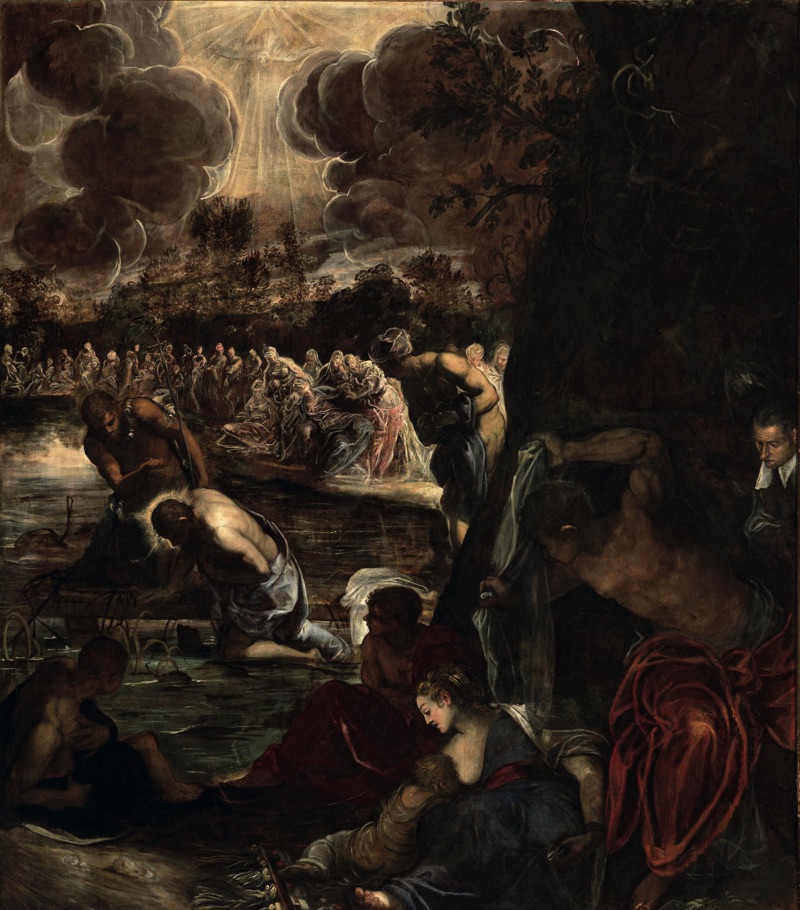 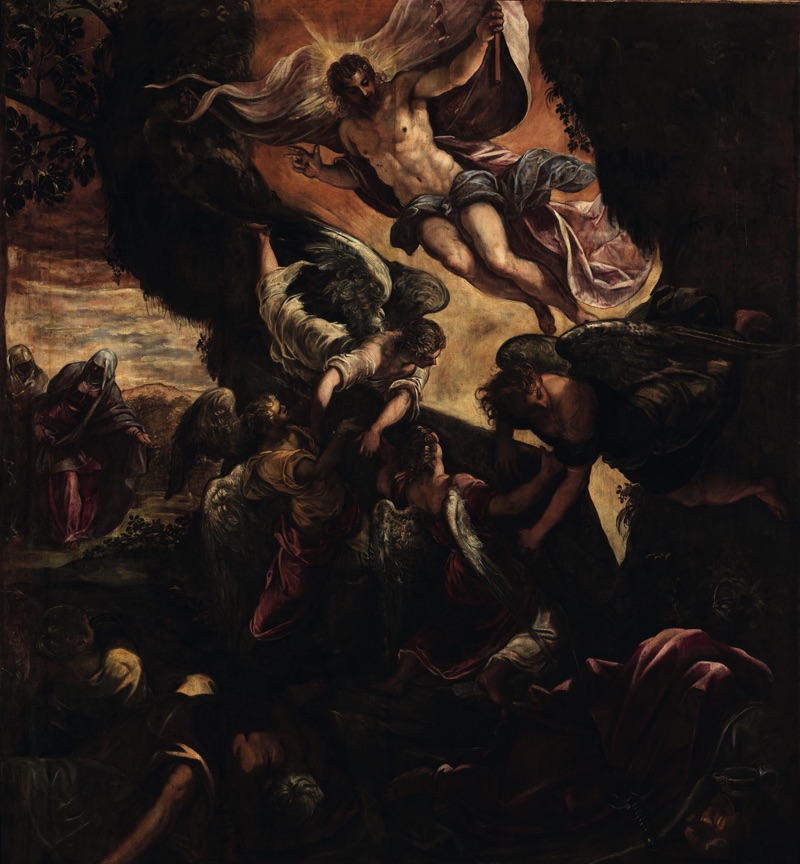 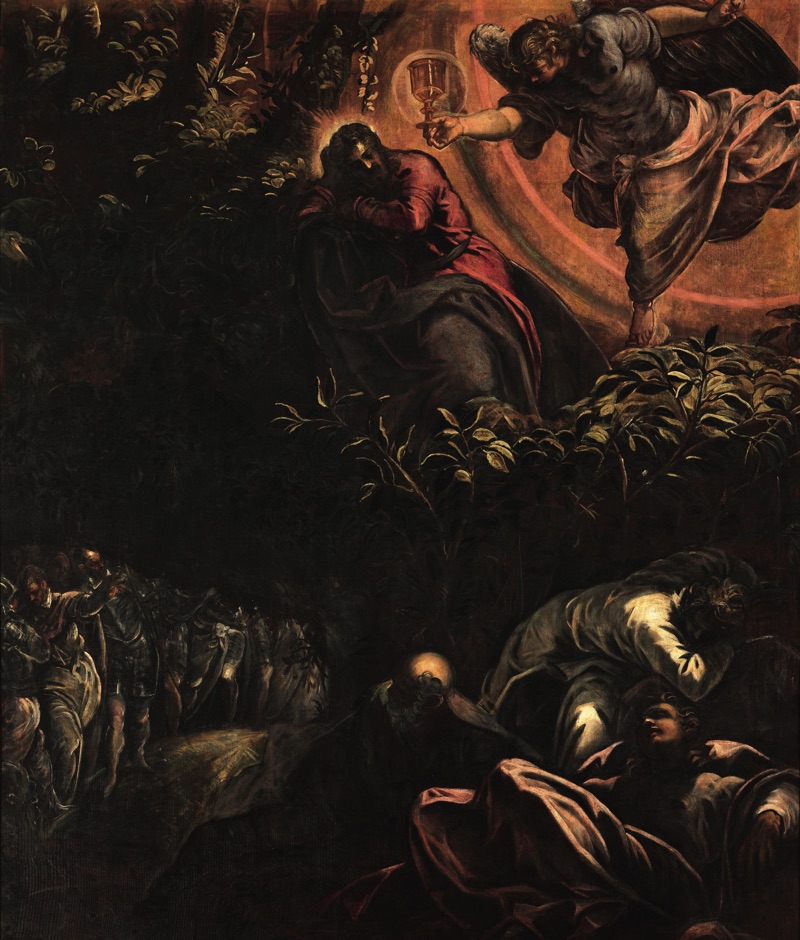 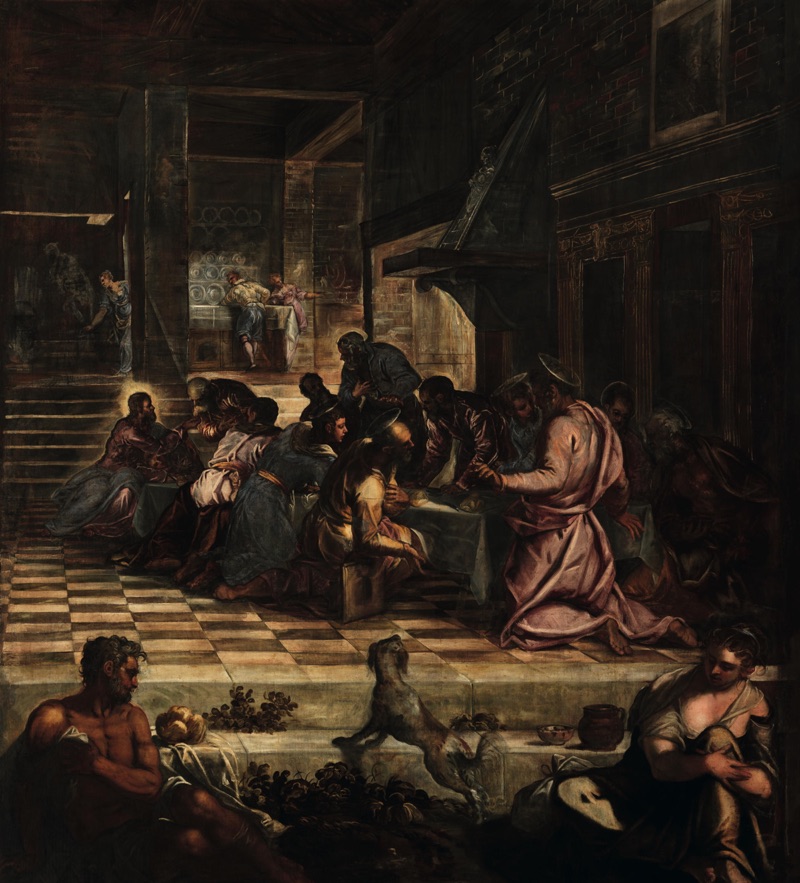 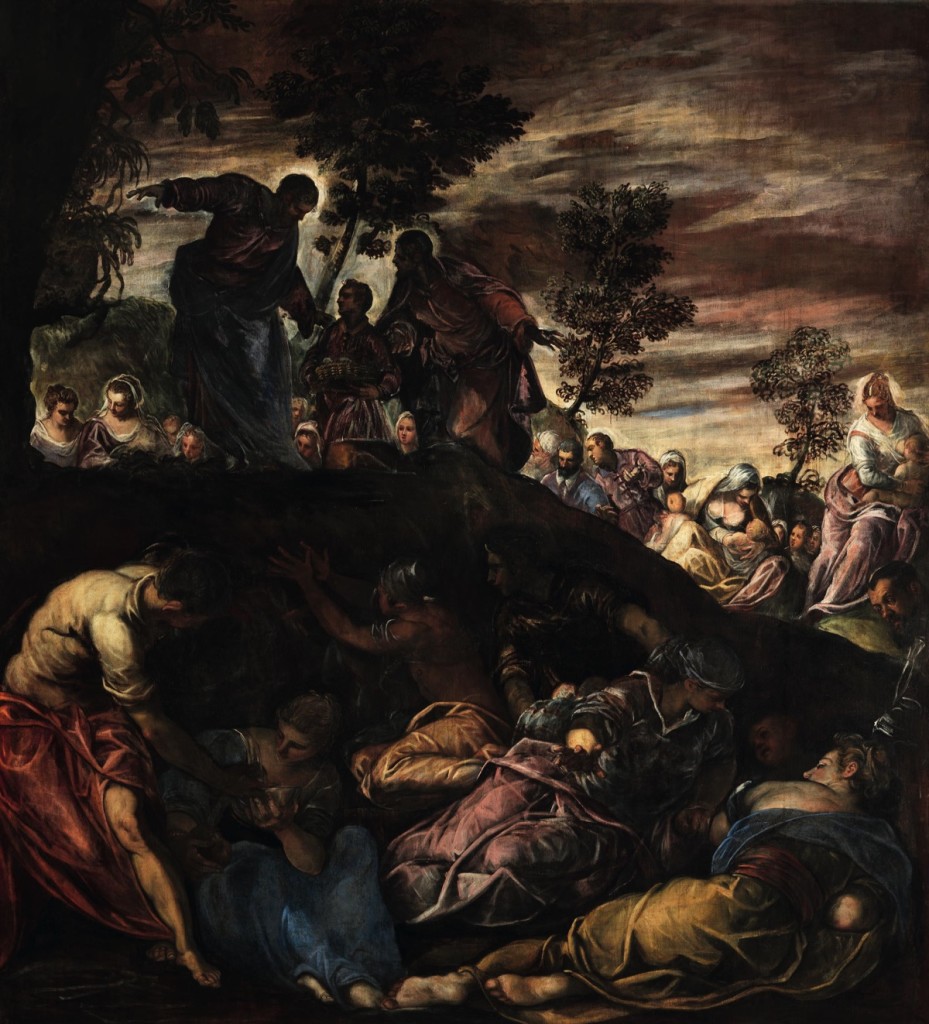 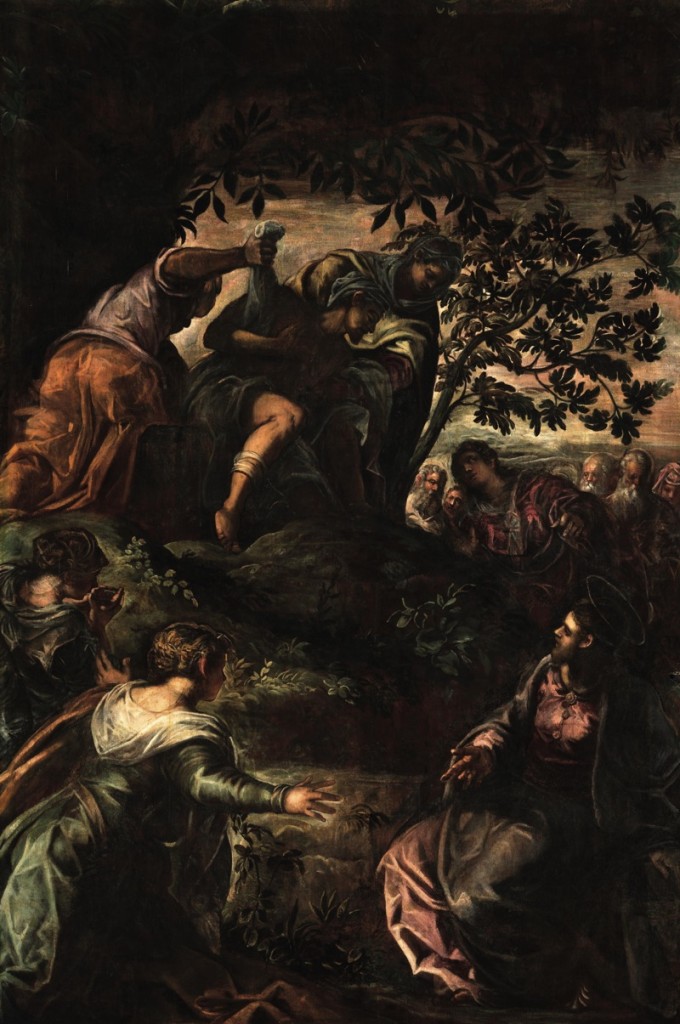 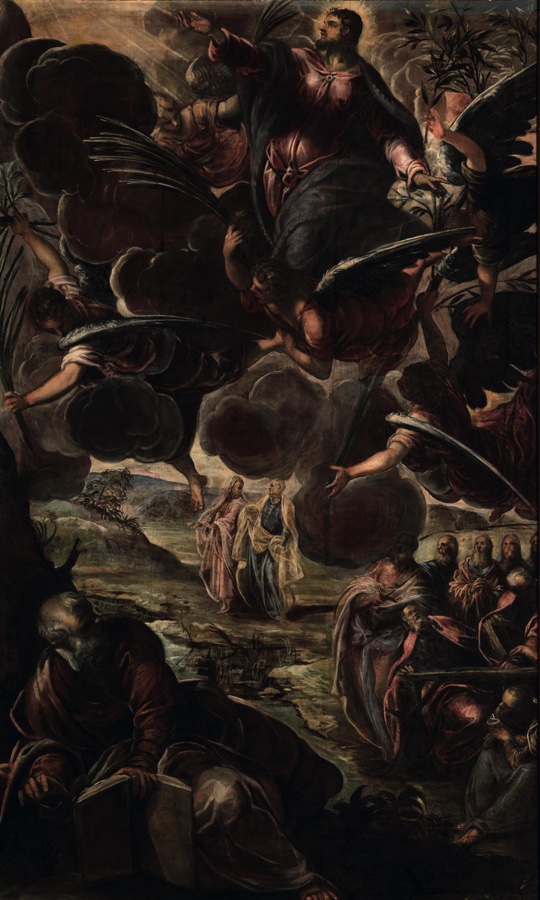 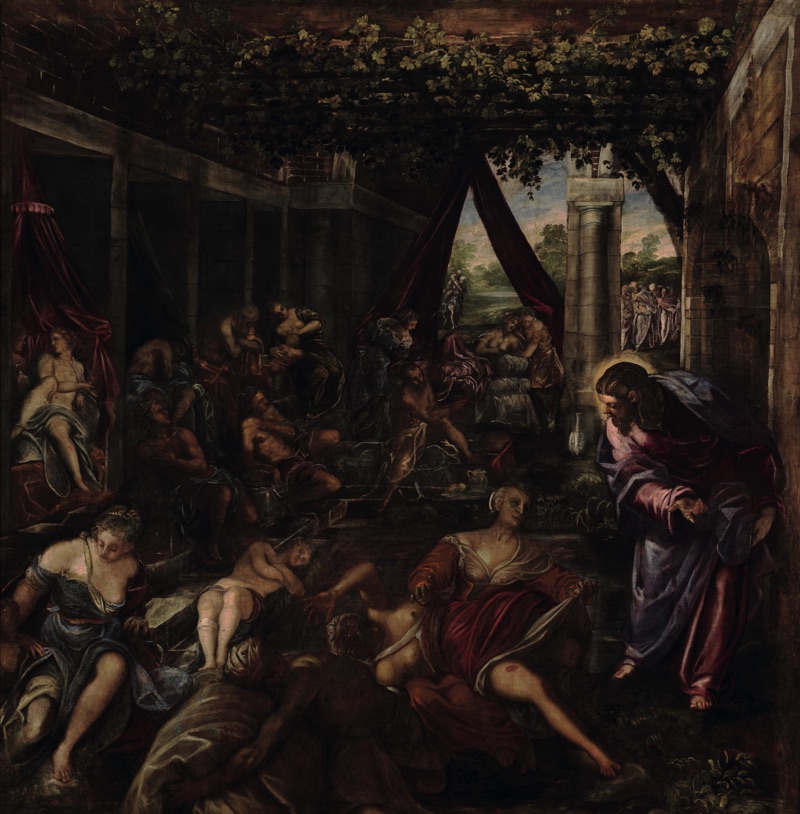 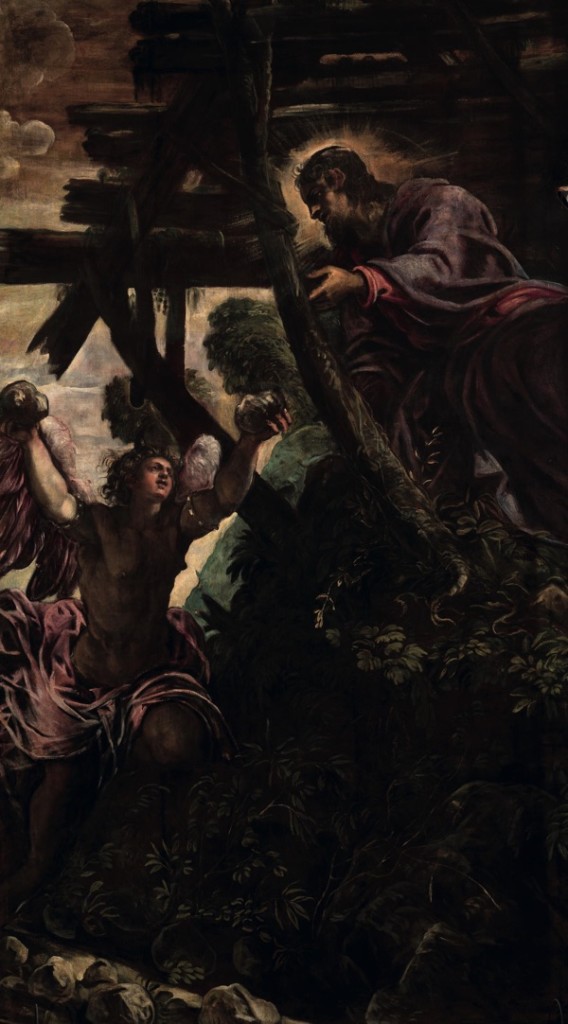 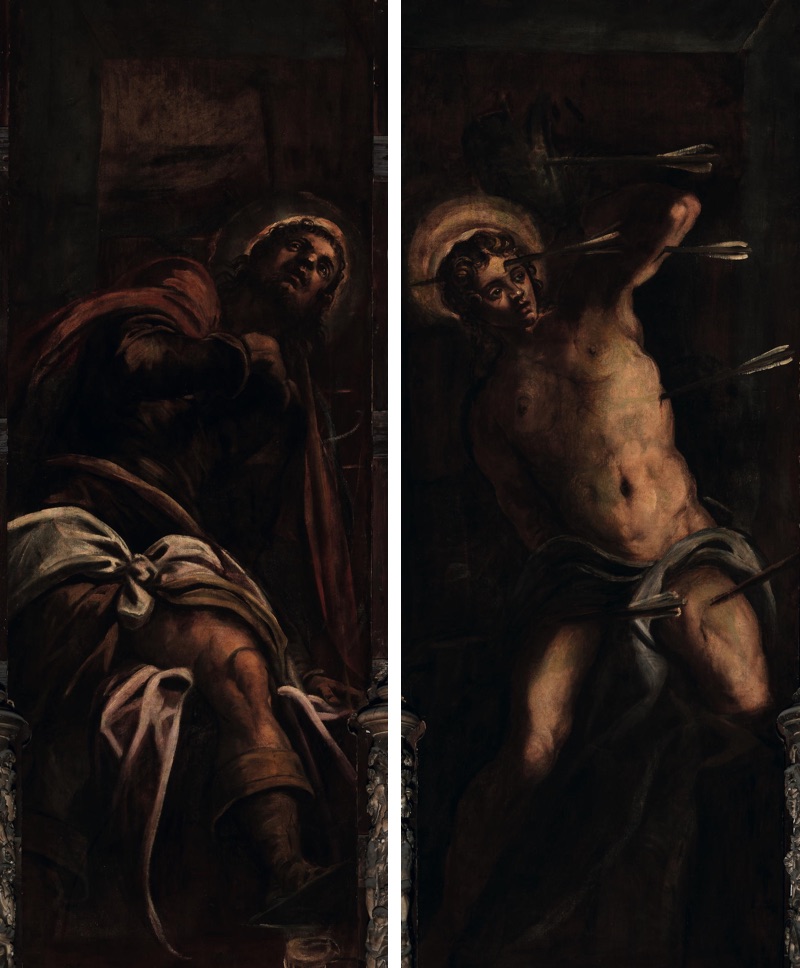